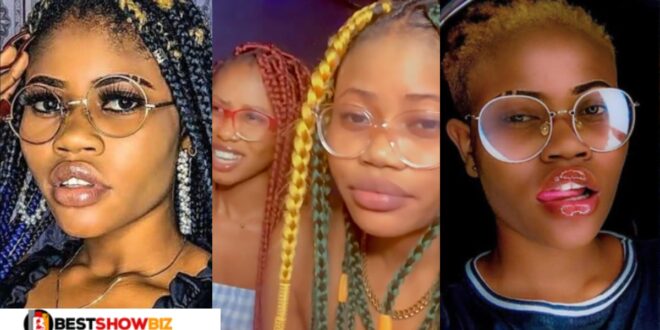 ‘A Minister asked me to do 3some, but now speaks against LGBTQ’ – Bis3.xual Naomi Gold says in new Video

Naomi Gold, a bis3xual, has disclosed that people should stop being hypocrites and cease calling for the anti-LGBTQ measure to be repealed.

They are tired of Ghanaian men’s dry d!cks, according to Naomi Gold, who do not please them when they make out with them.

Naomi, who took to social media to express her position on the topic, stated that most women are sick and tired of Ghanaian guys’ dry dicks, which is why they want to become l3sbians and only do women.

The prominent Nude model and bis3xual went on to say that individuals who advocate for LGBTQ+ people to be jailed or treated like trash are merely hypocrites.

She then claimed in the video that a prominent man whom she failed to mention named asked to do 3some with her but now this same person is speaking against LGBTQ.