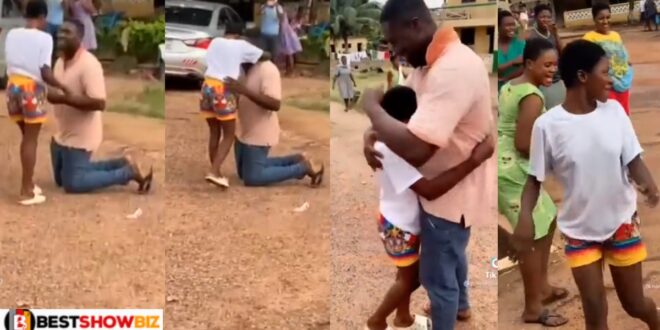 A video making the rounds on the internet shows a huge guy proposing to his high school sweetheart just as she is about to complete school.

In front of the girl’s colleagues, the boy proposed to her by bending his knees.

The small girl was overjoyed that the colossal man had proposed to her, but she was still a little shy.

Read Also  Video: Tiwa Savage reacts to lady who tattooed her image on the body
Share