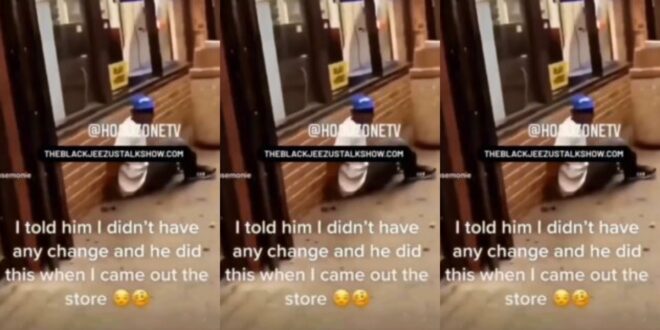 A beggar who decided to take matters into his own hands chose to slap a man after he refused to throw money into his bowl.

In a viral video, the young man was caught off guard when he was approached by a beggar who pleaded with him to give him his arms.

When he refused to give the beggar any money, the beggar responded by giving him a resounding slap across the face, after which he ran off.