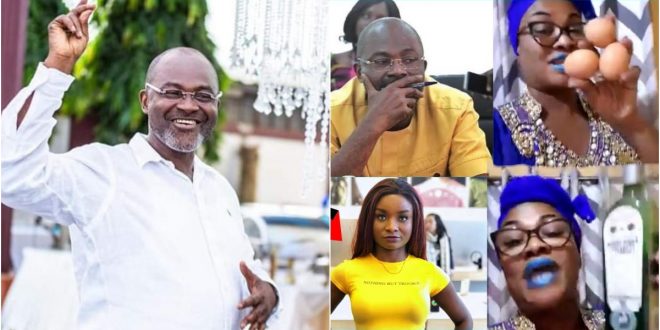 Kennedy Agyapong last week revealed that he had a prodigal daughter who is a drug addict and begs men for sex.

This came as a surpryto everyone and he disclosed how it all started by saying the girl jumped the wall in SHS to sleep with a Nigerian which got her sacked from school.

He managed to get her abroad to study but her behavior still persisted which lead to him neglecting her.

The mother of the girl has come out to lash out at Kennedy Agyapong calling him irresponsible and that she was the one that took care of the girl.

The girl’s name is Annel and her mother is morie.

Morie in a new video we spotted was with schnapps and Eggs to curse the member of parliametfor what he said.