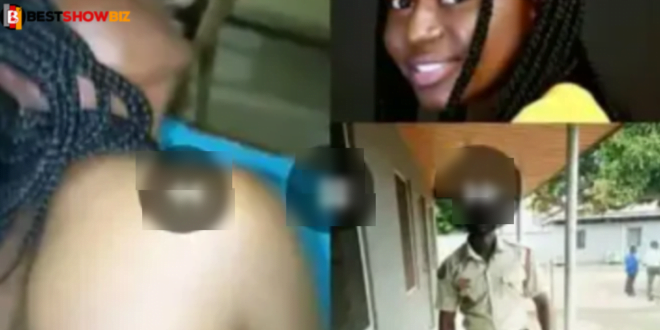 An extremely gorgeous Ghanaian slay queen, or Ashawo has released her own atopa video on social media to shame the police officer who failed to keep a promise he made to her.

As per Akua Trumu, the policeman promised to dismiss her legal matter and provide her with an additional sum of 1000 Ghana Cedis if she allowed herself to be processed in pleasure.

Akua Trumu said that none of the promises were kept, and as a result, she had to flee Nigeria, where she was staying, and return to her country, Ghana.

The slay queen revealed that, while the video is embarrassing for both of them, she feels the police officer has more to lose by filming the interaction and posting it on social media for all to see.

Akua Trumu stated again that she genuinely believed and trusted the police officer known as Danny, but she was deceived, and this is her way of retribution.