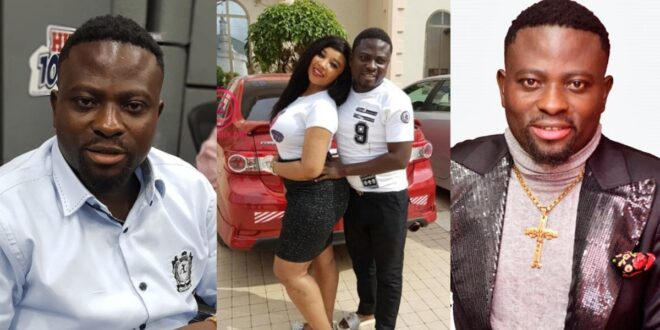 Brother Sammy has revealed the most humiliating moments of his marriage to his wife.

In response to questions on Angel Fm’s drive show, he disclosed that he once came home from a program with his wife only to find his landlord tossing items out of his room for non-payment of rent.

The wife had trucks pick up his things and deliver him to one of her mother’s apartments.

Broda claims he created a serious scene in the house one night while staying with his wife and in-laws.

He clarified that his wife was aroused during intercourse to the point where she began crying as though she had been attacked.

This prompted his mother-in-law to knock on their door and inquire if anything was well, believing that armed men had broken into the home.