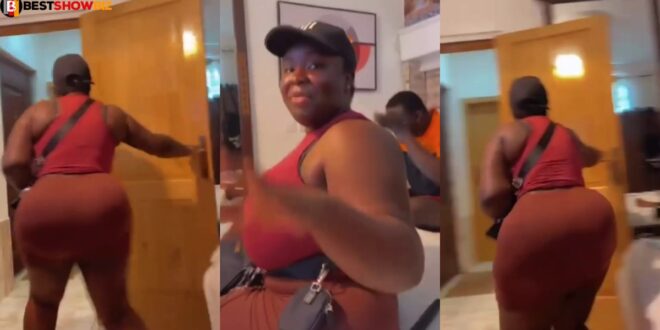 Maame Serwaa, a popular Ghanaian actress, has been discovered with a new figure, which many say is influenced by Moesha Boduong’s surgery.

The acclaimed Kumawood actress, who will turn 21 on August 19, 2021, has been spotted after a long absence from the spotlight.

Maame Serwaa, who has a ‘bo()bful’ physique, is well-known for her lack of a large behind.

However, the young Ghanaian actress may be seen with an altered body in a recent video made accessible to bestshowbiz.com.

She now has Princess Shyngle’s petite waist and Moesha Boduong’s hefty behind.

Read Also  "If a man frown during sex, your children will be born ugly"- Grandpa Daterush (video)
Share