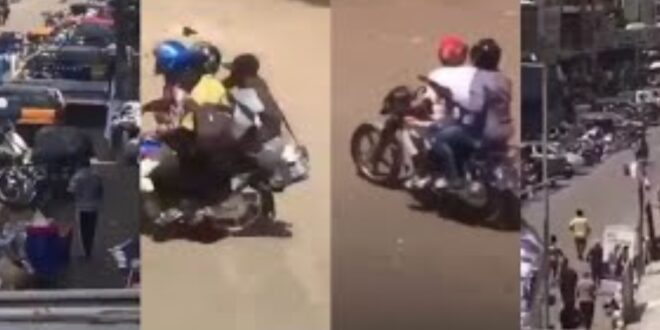 Live Report!! Armed Robbers Sh0()ts and k!lls a man who just came out of bank at Kasoa (video)

Four armed robbers shot and killed a man estimated to be in his early 40s at Kasoa Opeikuma.

The young man was reported to be returning from the bank with a brown bag containing a large sum of money, according to an eyewitness account.

He was waiting for a car when he was confronted by four young men on a motorcycle, one of whom was armed. The robbers conversed with him before shooting him and fleeing with the brown envelope.

They sped away after the incident and made for the Budumburam road.

The police have yet to make any arrests or take any other action. More information will be available shortly.

Listen to the eyewitness account in the video below.