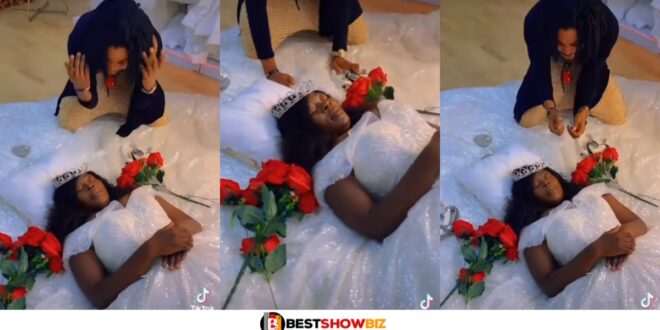 The daughter of Linda Osei, S3xyJournalist, and her mystery boyfriend are taking over social media with their controversial TikTok videos.

After creating their very own music video for the song “Oh Paradize” by Black Sherif, they have once more garnered internet fame.

A video that has surfaced online sees S3xy Journalist portraying Black Sherif’s late fiancée, who tragically passed away in 2017. In the video, Linda osei’s daughter is lying in state as her boyfriend breaks down in tears.

Users of social media, however, do not think the video to be humorous.