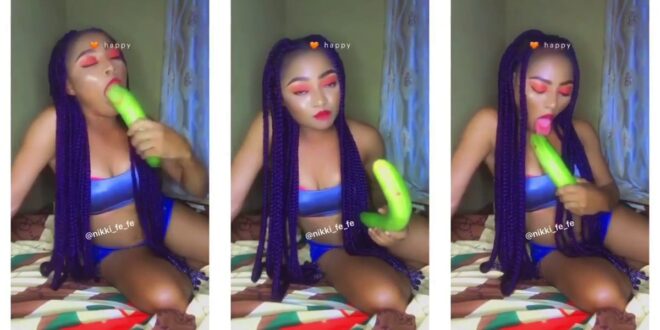 A young Nigerian lady identified as Nikki has shockingly revealed what she uses her mother’s cucumber for.

According to this lady in a video as we sighted her mother sells cucumber in the market and she secretly picks up her p**** size and uses it on herself.

She further claimed in the video that she also uses the cucumber as a blow job.

Adding that she will then wash the cucumber and replace it at where she took it for her mother to sell it in the market.

According to this young lady, her mother has no idea about what she has been doing with the cucumbers which she sells in the market.