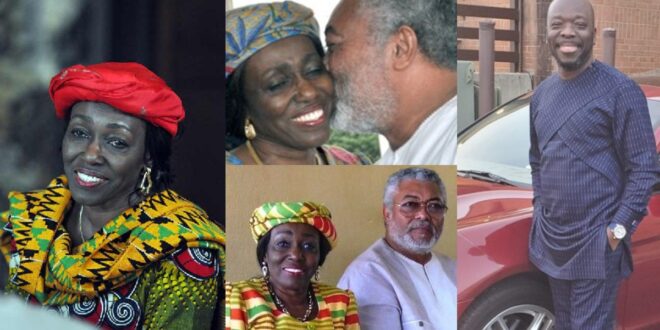 “I saw Nana Konadu in a pool of bl()od” – prophet who predicted Rawling’s déath.

The House of Divine Glory’s creator and chief has asked for serious prayers for the late former President Jerry John Rawlings’ wife.

On the 13th of March, the man of God revealed what he saw about the late President’s widowed wife, Nana Konadu, and said he saw her in a pool of blood.

He went on to claim that she was trapped by the ghost of death and that he must pray to free her. Have a look at the following discovery.