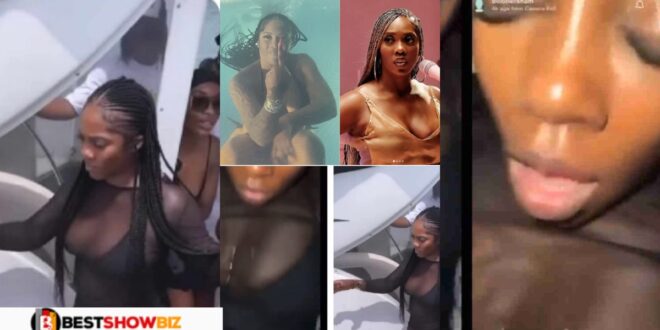 Tiwa Savage has spoken out following the public release of her alleged sex tape on Monday, October 18.

This is the second time the former Marvin Records signed act has stated that she will not be intimidated by the leakage, and she maintained that stance when the video was leaked on Monday.

“You hated how I was able to control the narrative and get ahead of the story before it consumed me and how I’m able to joke on stage about something you thought should destroy me and make me feel ashamed. You must knock my head when you see me otherwise. Gistloversblog with my full chest,” she wrote.

Tiwa had announced to the world that she was being blackmailed over a sex tape prior to the tape being leaked on Monday.

Savage told Power 105.1 in the United States that she would not pay any money to her blackmailer.

On Wednesday, her road manager received the video and alerted her as she was leaving another radio station after an interview.

“I pay it now and then two months down the line you’re gonna come back… and then who knows if I do send you the money you probably will release it anyway,” Tiwa said.

As for the singer and mother of one, she has adamantly stated that she had ‘natural sex’ with her lover and thoroughly enjoyed his dick, and as a result, she is not embarrassed by the video that has gone viral.