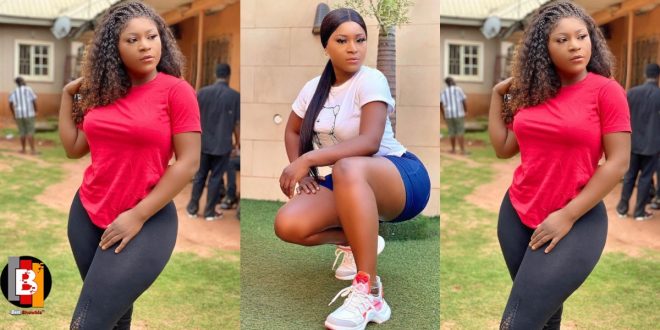 I don’t sleep with men for money – Nigerian Actress, Destiny Etiko opens up on rumors

Popular Nigerian actress Destiny Etiko has finally opened up on rumors that she sleeps with men for money.

according to the actress in a recent interview, she does not sleep around with men for money, the actress claims her work pays a lot and there is no way she will sell herself in that manner.

I don’t believe in sleeping around to make money but a lot of people misunderstand me because of my physique. My work pays me very well. Some people who are not even close to me want to do me favors, so what is the essence of sleeping around.

Destiny when asked about the kind of man she wants to marry, she added that she cannot be with a man who would not support her acting career.

“I cannot marry a man that does not appreciate me or support my career. He would have to look for someone else because it cannot work”.