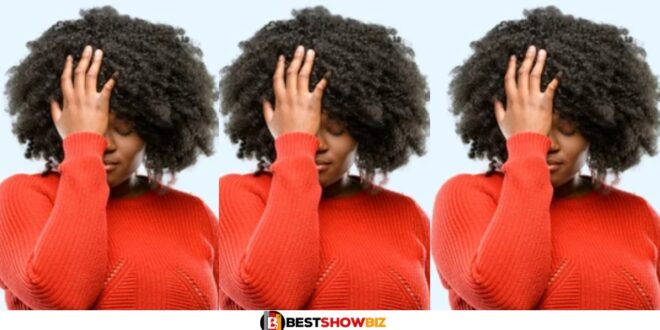 A lady shared her story on the Facebook page (marriage counseling) about being abused by a man named Richard Obi, and many people responded to her story.

I was destroyed, but at least I survived. I thought she could do it, but I can’t. The beating began two weeks after he paid her dowry and continues to this day.

This is the result of years of torture, trauma, and abuse. My children have been through a lot. They’ll beg him, but he’ll lock them in a room. They watched him, kneel down in front of me, and beat me with a cane and belts. He had beaten me in front of his family. I believed I could handle and endure it. As a result, I miscarried a child.

My skull was shattered. I moved to my father’s house two years ago. My only sibling fought him. After months, he returned, pleading that he was under a spell.

I followed him again, against my family’s wishes. He began after three months of returning. He injured me in the neck two weeks after my mother died.

The injury necessitated surgery. He stated that he did not have the funds. I have been depressed since November when this happened. I have scheduled the surgery for the beginning of next year in order to save and recover from the expenses she incurred last year and this year.

He gave me the beating of my life on the day Osinachi died, with the injury to my neck. I never told her family because I had betrayed them. I had to tell his best friend and show him everything he did to me.

I had no idea what he took before having sex with me for years of soaking. I have been diagnosed with HBp. I also have post-traumatic stress disorder (PTSD). I had amnesia type B in the past, but I recovered but was not healed.

Most of my friends who are close to me are aware that I am constantly ill. My handbag is overflowing with drugs. Out of frustration, I will sometimes pack all the drugs and throw them away. I regrets tolerating this, I am scared, but I still came out alive.