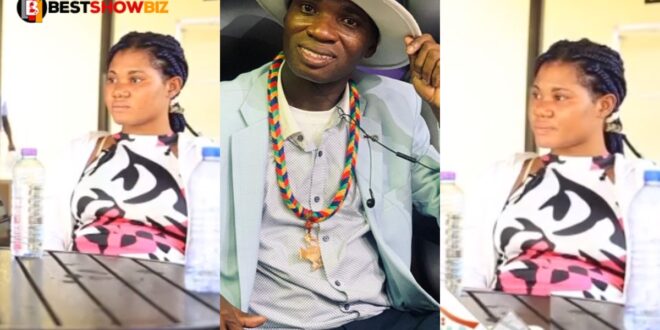 “Dr. UN wants me to abort the baby, he is not picking my calls”- Pregnant SHS girl speaks (video)

Dr UN is pregnant with Matilda, a female Ghanaian popular con artist, and has revealed that he wants her to abort the pregnancy after claiming responsibility.

Dr. UN was recently in the headlines for defrauding high-profile Ghanaian figures, but this time he is said to have impregnated a SHS girl.

In a video that went viral, Dr. UN stated that he is not liable for the pregnancy because he only slept with her once.

Due to the pregnancy, the senior high school female is believed to have dropped out.

Matilda, 17, said in a recent interview with Ghanaian blogger Sammy Kay that after denying responsibility for the pregnancy, Dr UN advised her to terminate it.

According to her, they had an affair on multiple occasions, while Dr UN purchased emergency contraception for her on the first day, which she used, but not on the subsequent days.

Matilda has also stated that he is no longer responding to her calls after she confronted him.