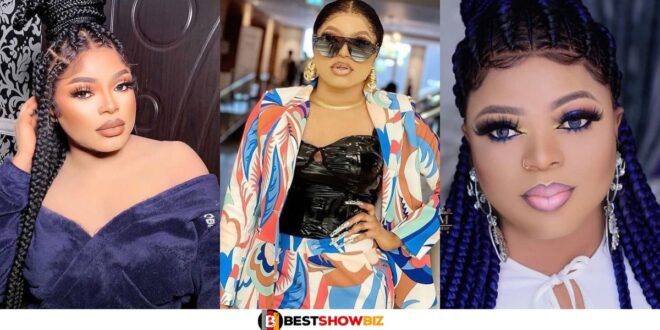 Bobrosky, a popular Nigerian crossdresser, has been revealed for having false cleavage, boobs, and a bum that he uses to annoy others and entice clients.

Gistlovers, a controversial Instagram blogger, appears to be carrying on his fight with renowned crossdresser Okuneye Idris Olanrewaju, even revealing the secret behind the male barbie’s boobs.

In an earlier article, the blogger dragged a crossdresser who flaunted his breasts while criticizing him for his breasts’ incapacity to shake under considerable pressure.

Gistlovers dug up a comparable clothing to Bobrisky’s in an attempt to establish that what he wore was a counterfeit. According to Gistlovers, the outfit is made using artificial breasts, which is the secret behind Bob’s ‘breasts.’

See the picture and video below.