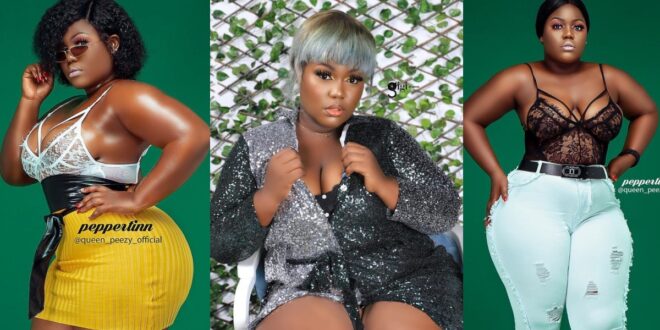 Gabriella Naa Dedei Kotey, alias Queen Peezy, Patapaa’s ex girlfriend, has opened up about what happened to her in the past.

Queen Peezy told Kofi Adoma in an exclusive interview on Kofi TV, which was monitored by bestshowbiz News Portal, that she asked a travel agent who had been courting her to process a passport for her, but when she arrived at the man’s house on invitation, he demanded sex as payment.

She accepted the offer because she was desperate to get the passport, but after the first round, he asked his friend to participate as well, and they all chopped her.

She mentioned in the interview that, despite all of the sex, this man was unable to provide her with a passport.