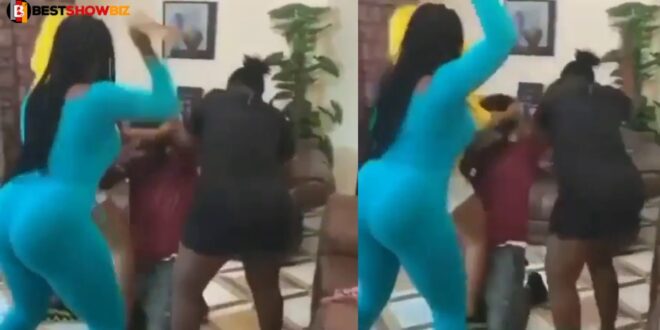 Three girls are shown in a viral video punishing their playboy boyfriend.

The females all think of the lad as their exclusive boyfriend, despite the fact that he’s been playing them.

The guy has run out of options because all three girls have realized he is using them.

When women discover males they perceive to be lovers with other women, they frequently direct their rage onto the other women rather than the man who has cheated them, but these women have demonstrated that they are different.

The footage of how the man was disciplined is funny.