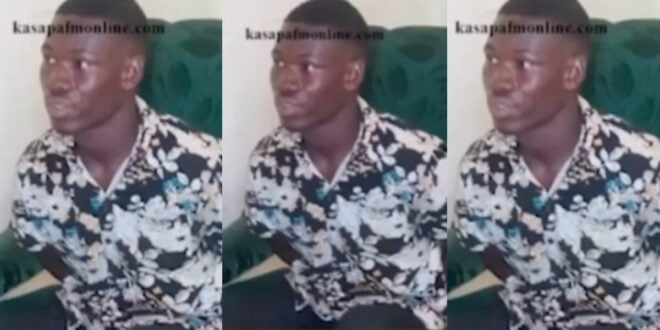 Patrick Nyarko, a 19-year-old student at SHS 2, has been charged with defiling 18-month-old twin daughters.
According to an eyewitness account of the incident, the young boy lives with the mother of the twin children.

According to an eyewitness, the twin girls’ mother left them with Patrick Nyarko when she went out.

According to the eyewitness, when the mother of twin girls returned home, she couldn’t locate her babies, and Patrick was also missing.

The babies’ mother immediately began looking for her twin daughters.

The mother then went to Patrick Nyarko’s room to see if the babies were still with him, knocking on his door repeatedly but receiving no answer.

She then broke into Patrick’s bed, only to discover that Patrick had slept with her 18-month-old twin daughters.