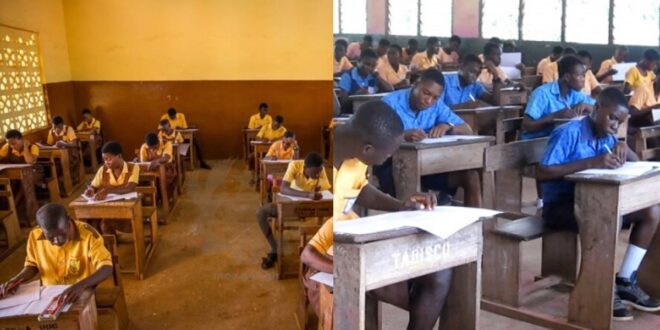 The Ghana Education Service has defended a BECE invigilator who denied a Beifikrom Basic School candidate permission to use the restroom.

On Friday, a female candidate at Mankessim Senior High School examination center in the Central Region was forced to defecate on herself.

GES, on the other hand, defended the invigilator, claiming that he did nothing wrong because he followed WAEC’s rules and regulations.

According to reports, Mr. Cobbed, the Municipal Education Director, stated that it is against WAEC rules to allow a candidate to leave the examination hall less than 30 minutes after the exam has begun.

He claimed that the invigilator assumed the candidate was lying about her situation in order to commit some sort of malpractice, so he refused to let her use the washroom as she requested.