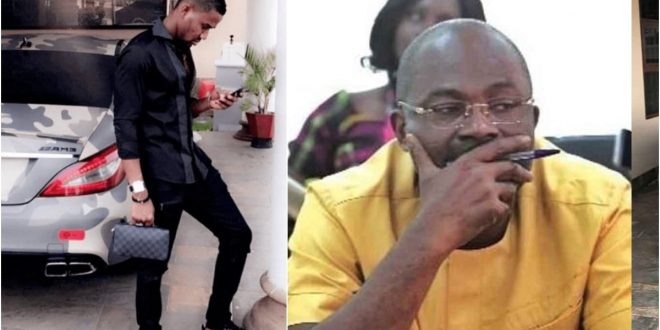 The Member of Parliament for Assin Central Hon Kennedy Agyapong now on his expose on the self-acclaimed Ghanaian Billionaire Ibrahim Dauda aka Ibrah One, has dropped a video that captures him (Ibrah One) crying.

according to the video, his friends had come to recollect a loan they lent him and it seemed he was unable to pay. he cried as he begged them he will never spend their money. it was later revealed in the video that he had blacklisted these friends of his due to his dept to them.

Kennedy aGyapong has now turned his wrath on the self-acclaimed billionaire Ibrah One after he fired shots at the maverick M.P for exposing Bishop Obinim of Money laundering.

Kennedy Agyapong has vowed to see to the arrest of Ibrah One as he claimed Ibrah one is also a perpetrator of money laundering and also does not pay duties on his import cars.