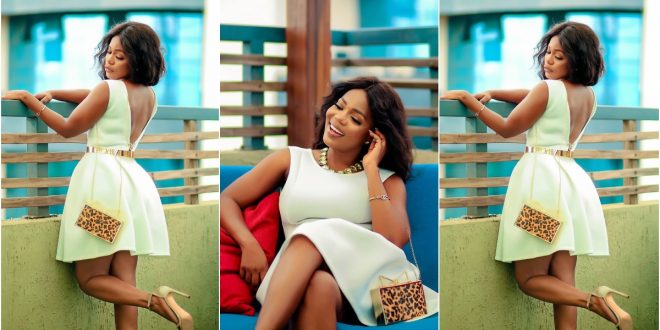 Ghanaian songstress Belinda Nana Akua Amoah aka  Mzbel, in an interview with Stacy Amoateng on the Restoration With Stacy personality talk show, revealed that the Kwame Nkrumah University of Science and Technology paid her GHc 50,000 for the attack on her by some students of the school during a 2005 performance.

The singer has for the first time in 10 years revealed she received the sum as compensation, and also to prevent her from pressing for damages at the law courts. “It was GHc 50,000,” she told Stacy Amoateng

Mzbel was molested by a group of students of the university who had called for her to continue performing when she was done with her booked, stage time.

“When my crew and I were leaving the auditorium, some of the students came up to me, saying they wanted to take pictures with me. While we were at it, others came from nowhere to shake my hands,” said Mzbel

“Unfortunately, that exit was like a big window through which I had to jump. Just when I was about to jump, someone grabbed hold of my legs and within a twinkle of an eye, there was a whole mob of students pulling my legs.”