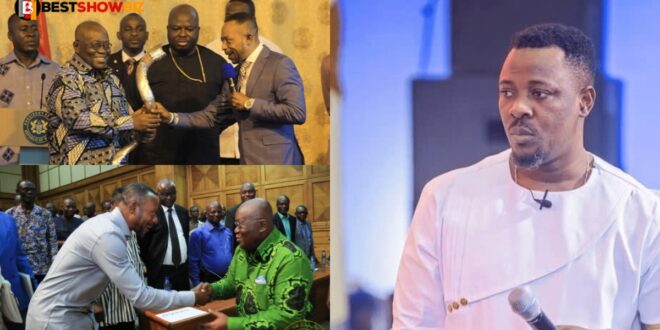 Prophet Nigel Gaisie, the founder and leader of the Prophetic Hill Chapel, has stated that dying for a political party in Ghana is not worth it.

He believes that what is happening to Rev. Owusu Bempah is illustrative of the fact that Ghanaian politicians should not be trusted.

He agrees that no one is above the law, but he believes that the Prophet, who is a well-known friend of President Nana Addo Dankwa Akufo-Addo, should have been released on bail instead of being held in prison.

“To answer your question, I believe that dying for any political party or any politician in Ghana is not worth it. You know I’m straightforward, yet they have broken his trust. He is not in the most advantageous of circumstances right now. You have arrested him, but I was hoping that they would be nice enough to release him on bond. However, remanding him for another period of time is not the best option.

We have leaders in this nation who we are all familiar with who have said worse things on television and exposed individuals on television and then died the next minute, but they are still alive and their positions are increasing by the day.”

He stated that what is taking place should serve as a wake-up call for pastors to unify and refuse to fall prey to political manipulation in the future.