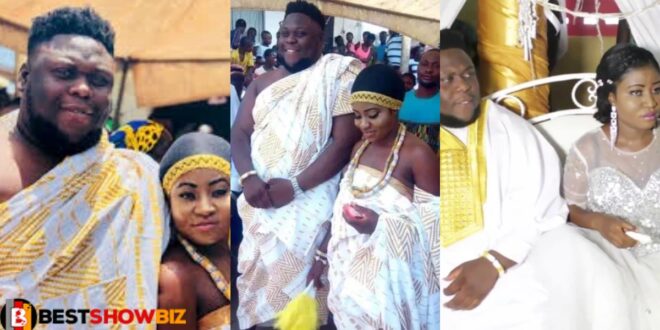 Stephen Yao Mawunyo, commonly known as Oteele or Biggie in Ghana’s entertainment industry, is one of the most sought-after comedy movie actors who has established a name for himself by bringing laughter and enjoyment to Ghanaians’ homes.

The Kumawood actor married his longtime love, Nana Gifty, in a stunning traditional wedding attended by several Kumawood stars. Among the celebs who attended Oteele’s Graced Wedding Occasion were Yaw Dabo, Okomfoo College, and others. Oteele has long been one of Ghana’s most popular actors. When it comes to acting, he is a natural.

Oteele’s wedding was widely covered on social media because he has a significant following in the country. For the traditional wedding, they went all out. Oteele and his wife also wore Kente clothing. His wife came up with the ‘Dansikran,’ which is the most popular Ashanti hairdo.