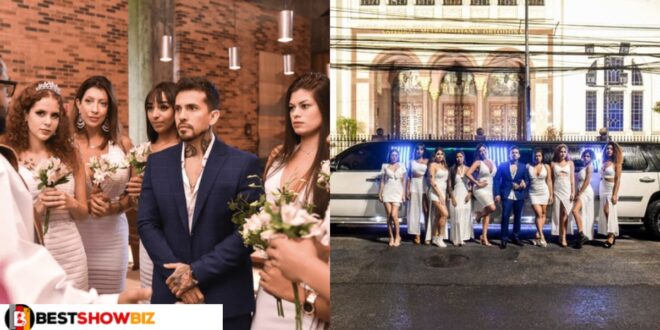 By marrying nine women at the same time, a Brazilian man has set a new world record.

The handsome man, who also happens to be a model, was identified as Arthur O Urso, who was stated by reporters as saying he did it to celebrate free love and protest monogamy amongst others.

According to reports, the wedding was held in a Catholic church in São Paulo.

Arthur previously had only one wife, Luana Kazaki, with whom he had already gone on a honeymoon.

According to online sources, Arthur and his first wife Luana are swingers who enjoy stripping down.

Their honeymoon in Cap D’Agde, a liberal French town, gained them notoriety when they shared naked photos from their trip.