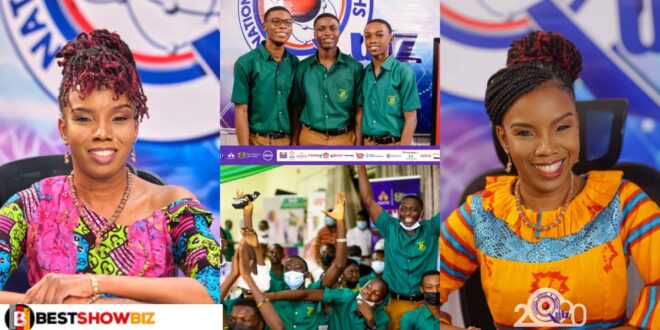 The National Science and Mathematics Quiz (NSMQ) is a competition that aims to encourage the study of science and mathematics among students, teachers, and the general public.

The much-heralded competition first began in 1994, with Prempeh College being the first to take home the trophy.

Presec-Legon has won the trophy six times, followed by Prempeh College with five and Persco with three.

Prempeh College won the most recent edition, the 2021 NSMQ, after defeating PRESEC–Legon and Keta SHTS.

2010 no competition was held

2011 no competition was held

Read Also  The teeth in Kennedy Agyapong’s mouth are plastic, I will expose Him with One Blow - Oheneba Claims (Video)