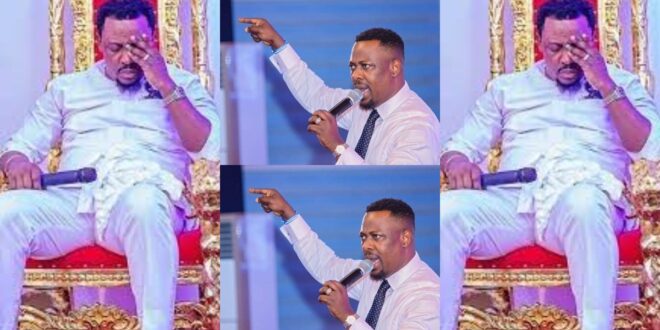 Prophet Nigel Gaisie has made a somewhat sensitive remark that has elicited a variety of responses from internet users in the local digital space.

The man of God has given his fellow pastors the duty of telling their congregations that following God faithfully does not fix problems.

It is pointless to worship God for more than two years without improvement in life, according to the leader of PROPHETIC HILL CHAPEL, it is a waste of time and resources.

He went on to say that often people pray instead of finding different ways to achieve and solve their problems.

During an interview on his privately-owned TV station, Nigel Gaisie also said that following God and becoming poor is a great abomination and that it is thus best to avoid being a Christian.