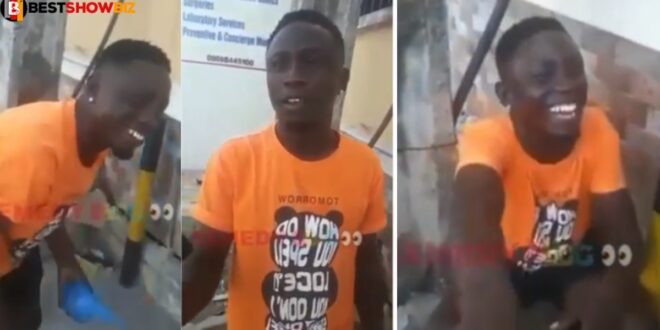 “I will gladly use my parents for money rituals even if I d!e in 3 months time”- Man reveals

If he ever gets the chance, a Nigerian young guy has unexpectedly said that he will use his parents for money rituals.
He claims in an internet video that he has been suffering for a long time and is willing to do anything for money.

” While I’m here suffering, if I have to use my papa or mama for money rituals, I’ll gladly do so. I’ll do it even if it means spending the money for only three months and dying. “What will I gain if I don’t have fun?” he inquired.

His companion, who was videoing everything, asked if he would use him for rituals as well.

Read Also  "If your boyfriend doesn't wash your underwear every week, he doesn't love you"- Lady says.

” I’ll use you for rituals, and your family will be compensated later.’ He responded.

Take a look at the frightening footage below.