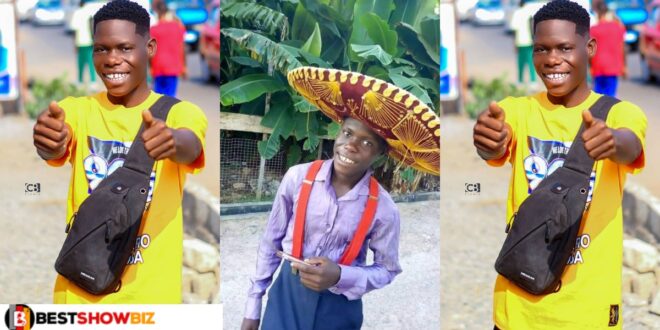 Atemuda, a young comic actor best known for his role in the Junka Town television series, has revealed exclusively for the first time that he did not receive a single penny for his work on the show.

Atemuda revealed this information while participating in an on-air radio interview with Okyeame Quophi. Atemuda was clearly upset at the time.

It was revealed by the horse himself that despite all of his efforts to ensure the success of the Junka Town television series, he was not compensated or given any money by the show’s producers.

According to Atemuda, despite the fact that he was not compensated, he was pleased with the exposure and experience he gained while working on the Junka Town set.

He has also admitted that the JunkaTown television series is responsible for the success of his acting career, which he is now reaping the benefits of.

The Atemuda-born actor and actress Bismarck Essel also encouraged young actors and actresses who are being used in film roles for free to continue their acting careers because they are honing their abilities in preparation for a better tomorrow.