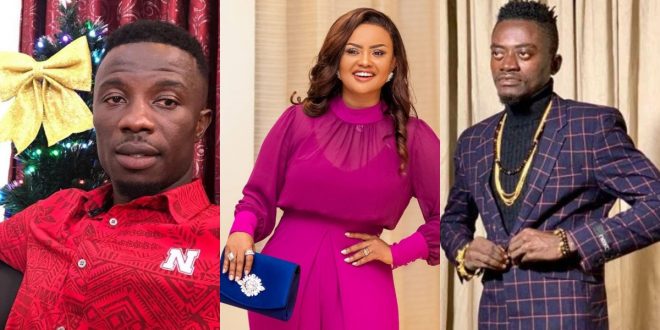 Kumawood comic actor Kwaku Manu has finally revealed that actress and TV show host Nana Ama Mcbrown lied about the fight between him and his colleague Lil Win while they were on life TV.

it could be recalled that Kwaku Manu and Lil Win met on Mcrown’s Showbiz show and ended up in a heated argument while the panels tried to solve their long time fight.

the suddenly went on a commercial break during the heated argument and after the break, Mcbrown told her viewers what happened was stagged and planned.

well, from Kwaku Manu in a recent interview with Zion Felix, he claimed none of whatever happened was planned and that Mcbrown said that to protect her show.

he went on to say that if not for the pannels around, Lilwin would have beaten the hell out of him.