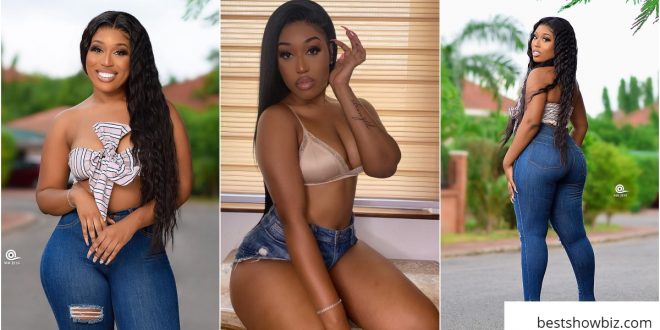 Former RuffTown records signee, Fantana has finally let the cat out of the bucket after she was sacked from the record label.

according to Fantana in an interview on Kantanka with Mona Gucci, Wendy Shay didn’t introduce her to the label manager Bullet as they made Ghanaians believed.

according to her someone called Rennie introduced her to Bullet even when she was in school.

she added that Wendy Shay had no idea how she met Bullet but for media stunt, they made Ghanaians believed she got to know Bullet through Wendy Shay.

Fantana added that Bullet already wanted to sign her after she sent him a short video of herself singing.

the ‘Back Stabber’ hitmaker made it clear that she got to know Wendy Shay when she came down to Ghana to sign her deal with Bullet.

she has finally cleared the air, there is no way Wendy Shay introduced Fantana to Bullet.