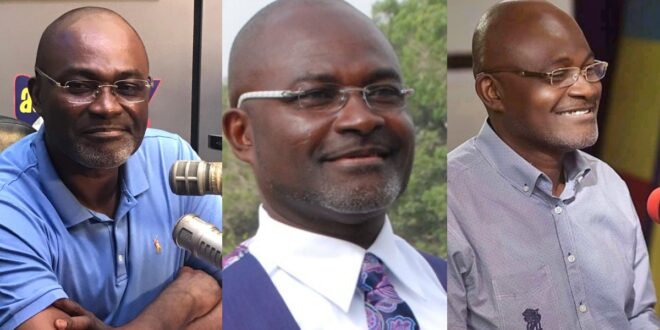 “If you think Money is the root of Evil, you are stup!d”- Kennedy Agyapong

Kennedy Agyapong, a wealthy businessman, fires religious leaders who believe money is a source of vanity.
Kennedy Ohene Agyapong is a well-known Ghanaian politician and businessman who is regarded as one of the country’s wealthiest persons.

In addition to his famous TV channel, Net2 TV, he owns mansions and a fleet of luxury cars in Ghana.

The millionaire was filmed sitting on his television station in a viral video on social media going off on religious dominated people who keep preaching on vanity instead of working hard for money.

“Food is for laughter, wine is for merrymaking, and money answers it all,” he said, quoting Ecclesiastics 10:19 from the Bible.

“Don’t be stupid and think money can not do anything” He said.