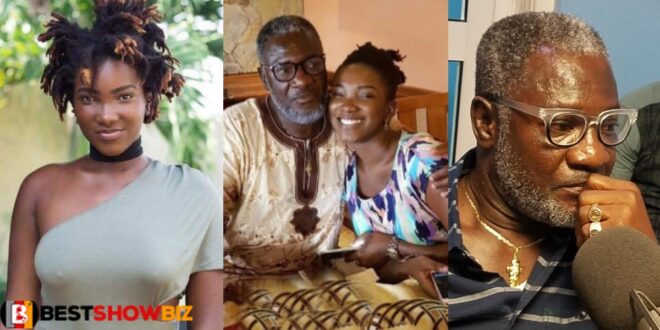 Starboy Kwarteng, the late dancehall star Ebony Reigns’ father, is back in the news with yet another shocking revelation concerning his beloved daughter, Priscilla Opoku Kwarteng’s death.

Everything is now clear to Starboy Kwarteng, and his daughter’s death was not an accident, he claims.

“You will see several things that would persuade you to think Nana Hemaa, Ebony was murdered. Everything points to Nana Hemaa’s death, which is quite sad,”.

“It’s been three years now, and the Attorney General’s department has now come to say that the only thing they found about the driver who was with Ebony that night is that his license had expired three years even before the incident with Ebony happened,”

If Ebony’s death was not the result of a plot, Starboy Kwarteng needs to explain why they did not realize the driver was driving with a suspended license until three years later.

“If you google the images from when Ebony died, you’ll find there wasn’t even a stain of blood,” he said. I can’t seem to get anything right for someone who was in such an accident and was found dead with no bloodstain.”

He claims he did not follow the investigations three years ago because he made it plain he did not want anything to do with them, but today everything points to Ebony Reigns’ death being a plot.