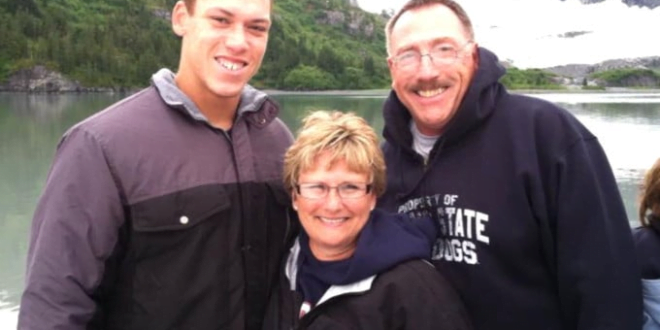 Everything about Aaron Judge’s parents? Meet Patty and Wayne Judge

Who is Aaron Judge?

Aaron Judge is an American professional baseball player who debuted in Major League Baseball (MLB) in 2013 after being drafted 32nd overall by the New York Yankees in the first round of that year’s draft.

Before breaking into the major leagues, the outfielder attended Linden High School. He also played wide receiver and center for the football and basketball teams at his school. His outstanding performance in the three sports drew the attention of various colleges, which recruited him to play football, but he chose to pursue a career in baseball.

He was so good at baseball that, despite having no college baseball experience, the Oakland Athletics selected him in the 31st round of the 2010 MBL draft, but he turned down the offer on the advice of his parents in favor of a college career with the Fresno State Bulldogs of California State University, Fresno (Fresno State).

Following his draft in 2013, Judge spent several years in the minor leagues before making his major league debut on August 13, 2016 against the Tampa Bay Rays.

Aaron Judge has been involved in a number of relationships that have garnered media attention. He made headlines in 2017 not only for the records he set as a rookie, but also for his romantic relationship with a woman named Jen Flaum.

Jen Flaum is the daughter of James and Nancy Flaum and was born in Franklin Lakes, New Jersey. Andrew and Matt, her twin brothers, are her only siblings. She attended Ramapo High School in New Jersey and was inducted into the National Honor Society before attending the University of Michigan, where she earned a BA in Psychology and Marketing in 2017.

Aaron Judge is both tall and bulky. With a height of 6 feet 7 inches, he is one of the tallest players in the major league (2 meters). On March 31, 2018, he made his major league debut in center field, and with his aforementioned height and weight of 282 pounds, he became both the tallest and heaviest player in baseball history to play in that position.

According to his career statistics, the player has mastered the art of utilizing his body stats to his advantage.

Although Aaron Judge’s biological parents are unknown, he was adopted the day after his birth by a couple named Wayne Judge (Father) and Patty Judge (Mother). In Linden, California, his parents were teachers. He also has an adoptive older brother named John Judge.

When his adoptive parents told him he was adopted when he was 11 years old, he replied, “I knew I didn’t look like them.”