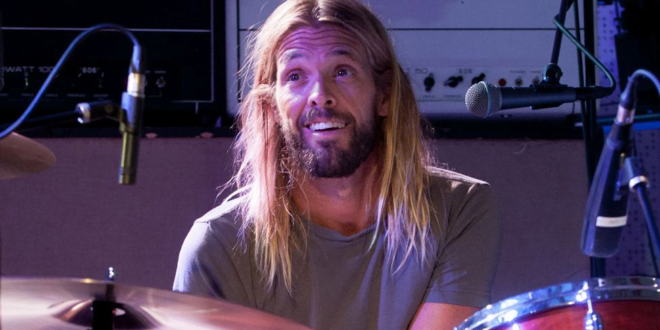 Taylor Hawkins how did he die?

Who is Taylor Hawkins?

Oliver Taylor Hawkins (February 17, 1972 – March 25, 2022) was a drummer for the rock band Foo Fighters, with whom he recorded eight studio albums between 1999 and 2021. He was the touring drummer for Sass Jordan and Alanis Morissette before joining the band in 1997, as well as the drummer in the progressive experimental band Sylvia.

Taylor Hawkins and the Coattail Riders, his own side project in which he played drums and sang, was formed in 2004, and he released three studio albums between 2006 and 2019. In 2020, he formed the supergroup NHC with Jane’s Addiction members Dave Navarro and Chris Chaney, where he also performed lead vocals and drums.

Taylor Hawkins and the Coattail Riders, his own side project in which he played drums and sang, was formed in 2004, and he released three studio albums between 2006 and 2019. In 2020, he formed the supergroup NHC with Jane’s Addiction members Dave Navarro and Chris Chaney, where he also performed lead vocals and drums.

Before joining Sass Jordan, Hawkins was a member of the Orange County-based band Sylvia.

Taylor Hawkins Cause of death, how did he die?

On March 25, 2022, emergency personnel were dispatched to the Four Seasons Casa Medina hotel in Bogotá, Colombia, where Hawkins was experiencing chest pain in his hotel room. When medical personnel arrived, they discovered Hawkins unresponsive; they performed CPR, but he was pronounced dead at the scene at the age of 50. There was no mention of a cause of death.

Colombian authorities announced the next day that a preliminary urine toxicology test revealed that Hawkins had ten substances in his system at the time of his death, including opioids, benzodiazepines, tricyclic antidepressants, and THC. Colombia’s National Institute of Forensic Medicine stated that they would “continue the medical studies to achieve total clarification of the events that led to Taylor Hawkins’ death,” and that the attorney general’s office would conduct a “immediate” investigation into his cause of death.

In the months leading up to his death, Hawkins was suffering from extreme exhaustion, according to a May 2022 article in Rolling Stone. However, Chad Smith and Matt Cameron, two of the interviewees, have since disavowed the article, claiming that they were quoted out of context and that their comments were misrepresented.

Tags Taylor Hawkins how did he die?