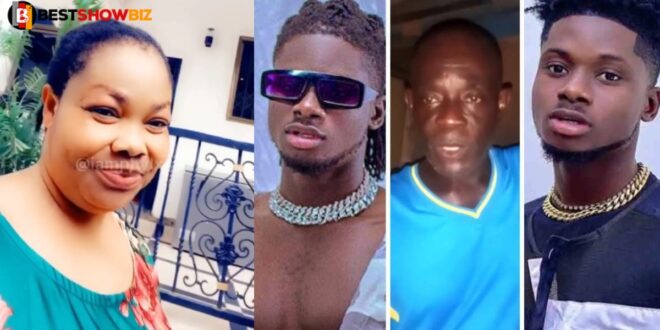 There is now a dispute between the Popular Female Fetish Priestess and Kuami Eugene, a popular Ghanaian musician, in which she used her show to uncover a profound secret about the singer.

According to her, Kuami Eugene has recently become cocky, as seen in a video of the musician attempting to defend himself against an adult man claiming to be his biological father.

“I want to warn you for the last time that, if this man ever curses you, just know that it will appear in your life,” she warned during her talking point show. From a spiritual standpoint, I believe this man you’re avoiding is your biological father. “

Read Also  You're over 40, get yourself a man and stop posting rubbish - Fans tells Gloria Sarfo

She then expressed her displeasure with the singer’s response to the elderly gentleman. She went on to say that if he truly wanted to live a long life, he should apologize to his father for refusing him in front of the public.