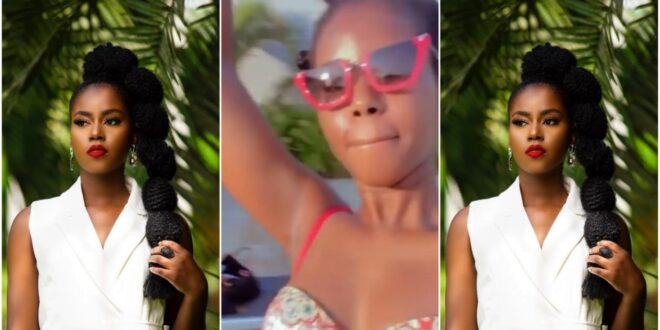 Ewe powers! Says Mzvee as she displays her ‘Sassy’ body in new video

Beautiful Ghanaian Afropop and RnB singer Vera Hamenoo-Kpeda widely known as Mzvee has caused a massive stir on the internet with her new video.

the talented singer in a video as we sighted was seen having a good time in the pool.

Mzvee actually displayed her swimming skills in the said video with the caption that her skills are from the powers of where she comes from, ‘Ewe’.