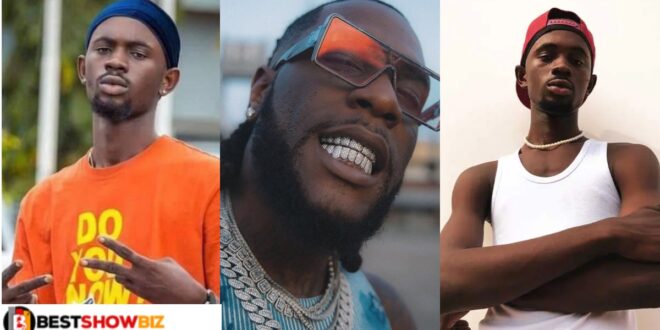 Burna Boy, a Nigerian superstar, has revealed that his admiration for Black Sherif extends beyond jamming to his songs and appearing on a remix of one of his songs.

The Grammy-winning singer has announced that he will embark on a tour with Ghana’s sensational singer and rapper.

The news comes just hours after the Ghanaian rapper released a remix of his second sermon hit song, which features the Nigerian heavyweight.

It is unclear what the tour will entail; whether it will be global, only in Nigeria, or only in Ghana. Whatever happens, a Burna tour will be a smashing success and will do wonders for Black Sherif’s career.

Read Also  Sad Photos from the funeral of constable Emma, the police officer shot in the bullion van robbery

Burna Boy has advised all of his fans who plan to attend his concerts with Black Sherif to memorize every word of the song, including the twi parts.