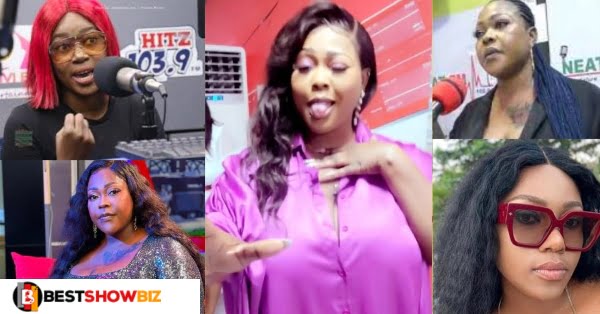 Mona Gucci, a TV presenter, is in hot water after a court-ordered her to pay 500,000 to actress Yvonne Nelson after she sued her for defamation.

According to sources, Mona Gucci disclosed during one of her presentations that there are several slay queens in the country, naming actress Yvonne Nelson as one of them.

“Yvonne doesn’t show off, but she is a slay queen because you know the slay queen it entails a lot, we have both showing off and some contacts and people who we know that the things that you do and the lifestyle you exhibit, someone is paying for you behind the scenes,”

Yvonne, who was enraged by Mona’s words, sued her in court for defamation, which resulted in the court ordering the broke TV presenter to pay

Read Also  Man who works at Jubilee house taken to CHRAJ after he spent $20,000 at the birthday party of Afia Schwarznegger's twins

According to reports, the judge who presided over the case, Justice John Eugene Nyante Nyandu, was alleged to have handed the final verdict after Mona Gucci failed to appear in court numerous times.