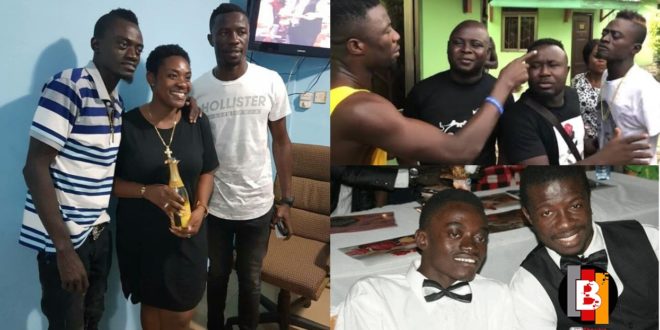 Your time has passed, stop being jealous of me – Lilwin shades Kwaku Manu – Video

following Kwaku Manu’s interview on United Showbiz, Lilwin says his time has passed and he should stop being jealous of him.

the comic actor in a new video as we sighted, spoke about his achievements and his new TV series dubbed Cocoa Season.

according to Lilwin, he has been able to bring about 70 sars on board and it’s a record nobody has done and nobody can do.

ending his video, Lilwin stated that Kwaku Manu should stop being jealous of him since his time has passed.

this comes after Kwaku Manu on United Showbiz stated that Lilwin is too pompous and acts like he is the richest of all.