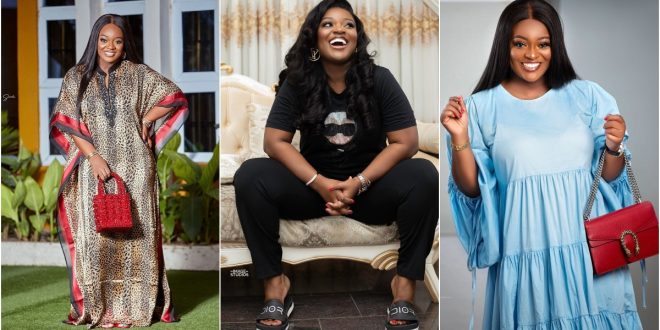 Ghanaian actress Jackie Appiah has stunned her fans and followers with her beautiful new looks.

Jackie in the photo as we sighted dazzles in her new ‘Hajia’ looks of which fans suggest she is now a Muslim.

Jackie Appiah was seen a black beautiful dress covering her whole body and her head just as the Muslims do.

the actress after the photo emerged has gotten a new name as ‘Hajia Jackie’ a beautiful name though.