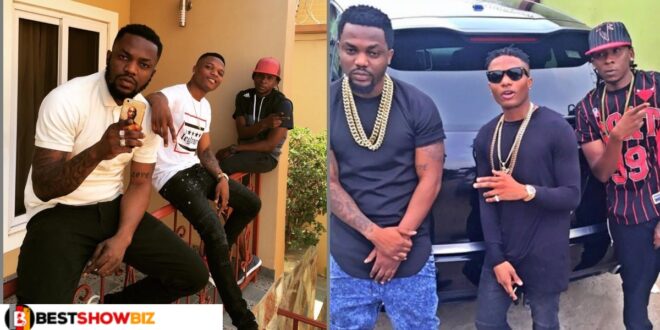 R2Bees, a Ghanaian Hip Hop/Afrobeat music duo comprised of Mugeez and Omar Sterling, who are cousins, has finally spoken out about Wizkid not supporting their record.

R2bees and Wizkid have a long-standing friendship, and as a result, many people expected the Nigerian musician to assist promote their latest album, “Back To Basics.”

In response to the rumors, the music pair stated that they are already top musicians and would not require their colleague musicians to write or promote their record for them because they are capable of doing so on their own.

In an interview with Doreen Avio, Omar Sterling revealed that many people believe they are close to Wizkid because they want to leverage his celebrity to boost their music business.

According to Omar Sterling, they have both aided each other in some way and should not be made to appear as though they require Wizkid to blow.