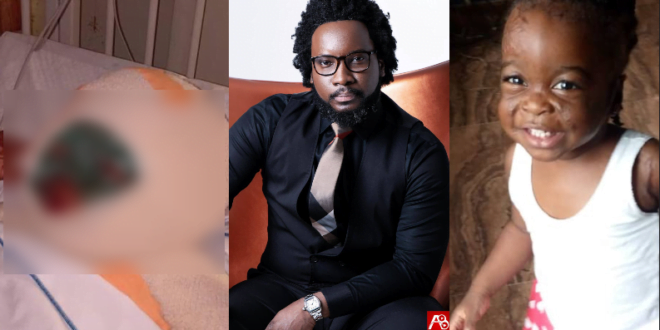 A woman whose identity has not been revealed has been caught in a video showering praises and expressing her appreciation for Sonnie Badu’s role in saving her daughter’s life.

Doctors pronounced the little girl dead, according to the woman, but Sonnie Badu’s song “Baba” brought her back to life.

The girl’s mother described what happened as follows: “The girl fell into boiling hot water and when she was found, she was already dead and nothing she did could revive her.”

She says the little girl was rushed to the hospital and pronounced dead, but that Sonnie Badu’s song miraculously resurrected her.