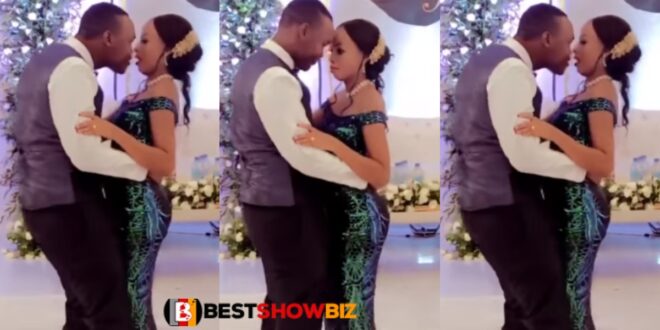 Bestshowbiz.com discovered a viral video that shows a bride snubbing her husband as he tried to kiss her.
The unusual scene was captured during the couple’s wedding reception, just after they said their famous “I Do” vows at the chapel.

The man and his newlywed wife were seen dancing gently in the popular video, finding solace in one other’s arms.

Apparently, in order to enjoy the thrill of the moment, the man attempted to plant a kiss on his wife’s lips, but she politely refused.

Even though everything happened in a flash, it has not stopped netizens from speculating on the topic and offering their uninvited comments.