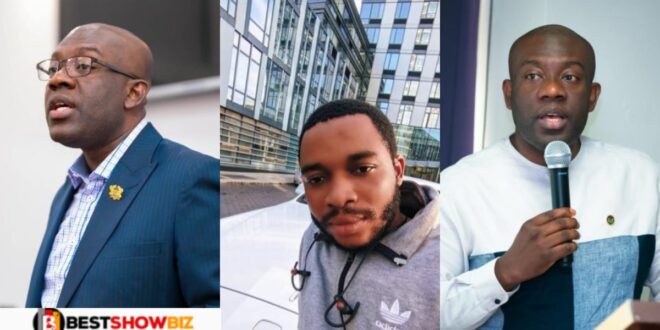 Video: ‘I like Twene Jonas, i watch him, but his !nsults are too much’ – Kojo Oppong Nkrumah

He enjoys watching Twene Jonas videos on Facebook, according to him. He criticized his methods of dealing with issues, such as insulting Ghana’s leaders, but admitted that he likes his slogan, “The system works 24/7.”