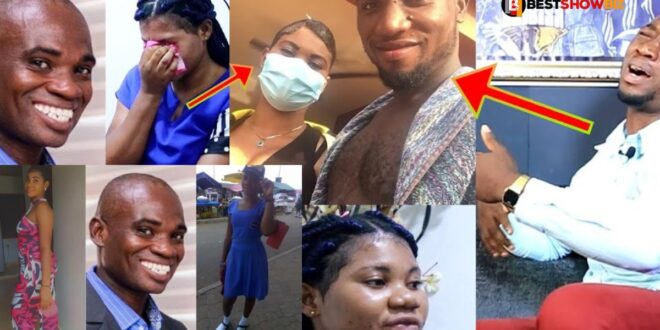 Kofi, the supposed true lover of Matilda (the young girl who claims to be pregnant by Dr UN), says he caused the pregnancy.

They are still dating but experiencing problems, like every relationship does. Kofi stated in an exclusive interview with Ghpage TV that Matilda is his girlfriend.

He went on to claim that if Matilda, whom he called Tilly, was pregnant, it was because he slept with her in April after they went on a date.

Kofi said that since the video came out, he has been asking Tilly whether she is really pregnant and why she is telling Dr. UN.

The claimed boyfriend said in the interview that Matilda had yet to clarify whether she was pregnant or not.

The presenter, Rashad, reminded him that “only a woman knows the father of her child”.

According to his answer, he did not want to rest in the future only to be faced with problems like these, which is why he came out to claim ownership of the kid.

A DNA test can show who the father of the baby is, according to Kofi, and he is prepared to cover half the expense until the DNA test is done.

Read Also  "A church is a Business"- Prophet Nigel Gaisie

When asked whether Matilda had broken her virginity with him in the interview, Kofi shrugged it off, claiming he had met her in 2018 and she had already done so.