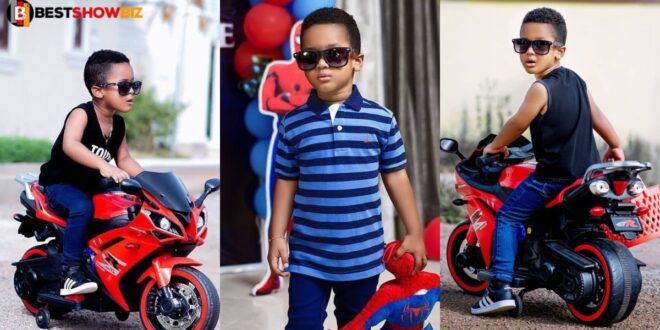 Vivian Jill, a beautiful Kumawood actress, is one of the celebs with children, having been blessed with two boys.

Alfie, the second son, is just four years old, but photographs of him show how tall and handsome he has grown tremendously.

In February of this year, he celebrated his fourth birthday, and the actress threw him a party.

Alfie is growing and looks like a man now, we have gathered some stunning photos of him.

As he grows, he seems to be the photocopy of his mother despite being a boy.

see his recent photos below;