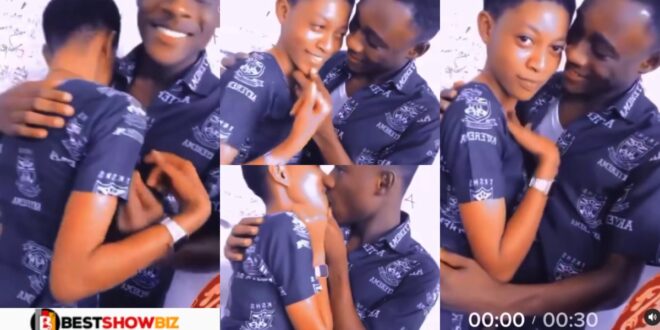 Parents and guardians are concerned that instead of studying, their children are busy enjoying earthly pleasures, as seen by the numerous recordings of senior high school students engaging in mischievous behaviors that have flooded social media.

Two students from Tweneboa Kodua Senior High School in Kumawu, Ashanti Region, were captured on tape engaging in inappropriate behavior rather than studying or behaving appropriately.

They were seen kissing passionately in the footage, followed by the guy grabbing the female’s behind.

The video sparked uproar among Ghanaians, who are concerned about the country’s declining level of civility.