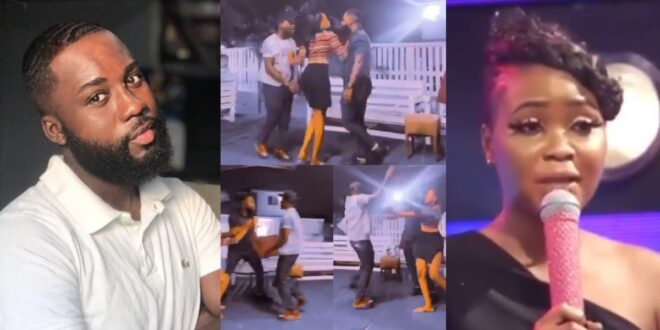 The surprising moment Raymond was caught battling another man over Cilla Royal of TV3’s Date Rush was recorded in a viral video seen by our team.

The two young men were on the verge of fighting after a heated confrontation. some social media analysts believe they did so solely to gain attention on social media.