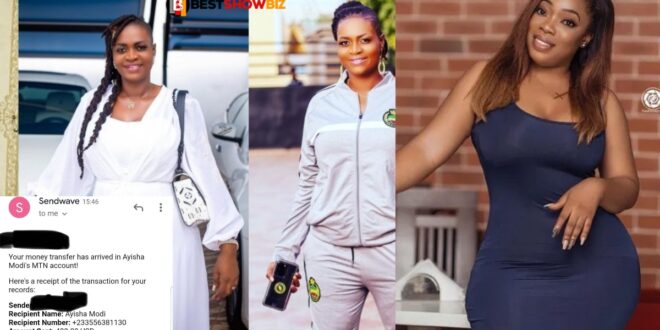 Ayisha Modi has been bragging over her wealth while she beefs Afia Schwarzenegger.

But now she is begging Ghanaians for money.

The account is called ‘We Love Moesha’ and its primary goal is to raise funds for Moesha Boduong, who is now broke.

“This page was created for Moesha’s friends and family,” it says. Contributions can also be sent to Ayisha Modi at 0556381130.

Ayisha Modi also follows the page, proving its legitimacy — she founded it and it isn’t a fake.

It appears Moesha has either sold all her properties and given the proceeds to charity, or her pastor has influenced her to do so.